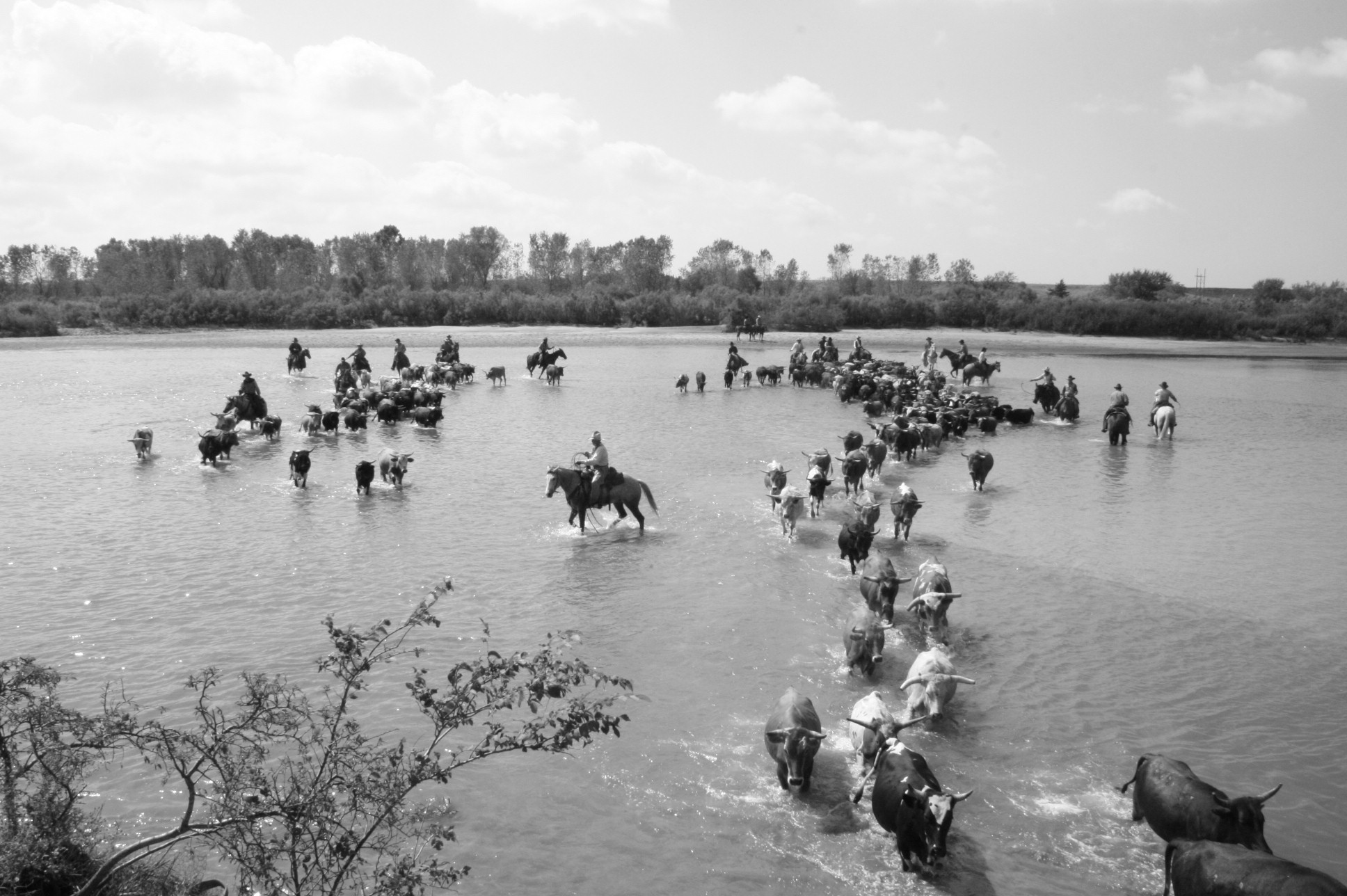 DUNCAN, Oklahoma - In September 2007, cowboys and a couple of cowgirls drove 450 head of longhorn cattle from the Red River on the south to Caldwell, Kansas to the north just like nearly 150 years ago.  Chuck wagons and authentic regalia were used to recreate the era of the great cattle drives.  This month-long adventure drew the attention of numerous photographers.   Thousands of photos were taken by professional and amateur photographers.  Thousands were viewed and 30 of the very best were enlarged and printed in sepia tone.  Another part of the exhibit is a digital picture frame that loops another 100 or so color photographs.

Details:  The exhibit consists of 30 framed 18 x 24 black and white photographs of the 2007 Centennial Cattle Drive which took place along the historic Chisholm Trail.  A digital scrolling frame is available with additional photos.

Space/Security Requirements:  Most indoor space will be suitable with minimal security.  Space must be locked when not in use.